A blockchain is a digital, public ledger that records online transactions.

Blockchain is emerging as a very viable technology when it comes to protecting businesses and other entities from cyber attacks.

Blockchain-based solutions are among the commonly considered options. And not just among business leaders.

Here are four promising use cases of Blockchain in Cyber Security, moving from the labs to real life –

Potential use cases of Blockchain in Cyber Security

1. Blockchain as a secure ledger

Blockchain technology focuses on the security properties it provides.

It focuses on data integrity as blockchain is immutable.

The data that is stored inside a block depends upon the type of a blockchain.

A block also has a Hash.

You can compare a hash to a fingerprint.

It identifies a block and all of its contents and its always unique, just as a fingerprint.

Hashes are very useful when you want to detect changes to the blocks.

The 3rd element inside each block is the hash of the previous block.

This effectively creates a chain and it’s this technique that makes a blockchain so secure.

Non-repudiation is another information security property intimately linked to integrity.

Since every transaction in the blockchain is cryptographically signed by its sender and the chain is immutable, the sender can never deny having ordered the transaction.

However, that sender, in general, cannot be associated with a physical entity, but only with an account.

Backup and recovery, this system usually has these categories -:

This lets you recover even the most recent changes in case of data loss, thus lowering your recovery point objective,

This reduces the time taken for copying data and does not slow down your work.

This reduces the network load and the storage space you require.

Blockchain and content delivery networks (CDN), consists of an overlapped network of computers containing different copies of the same set of data.

The aim of the CDN is to maximize the bandwidth available in service to improve the accessibility and access to data.

A client accesses one of its data copy and provides information replicas and nodes, improving response time, and avoiding services outages.

In addition to this, it has other purposes such as the deployment of CDN’s databases and DNS services, either in private or collaborative ways.

It offers other different services as the exchange of multimedia files or distribution of software.

Another interesting use case for Blockchain in Cyber Security is threat intelligence.

Threat intelligence is an advanced process that involves gathering valuable insights including mechanisms, context, indicators, actionable advice, and implications about an emerging or existing cyberthreat.

Threat intelligence processes must be adapted to a company ecosystem to integrate it properly.

One of the issues related to threat intelligence these days is that companies usually spend a lot of time researching the same threats, while others are unnoticed.

As a consequence, new tendencies emerge, being now crucial to be able to share information between different interested parties.

Following this principle, different companies are able to share information about threats to benefit each other.

In the end, a distributed ledger of shared information is the ultimate goal of the threat intelligence philosophy.

Decentralization strategies are also used in threat intelligence use cases.

With decentralization, a single view of data, and information shared concepts, blockchain comes into mind.

Smart contracts are a good asset too.

A smart contract is a computer program shared between nodes in a network that can be executed by all of them with a deterministic output.

Read Also What is a Smart Contract Audit?

Blockchain in Cyber Security can be used to protect systems and devices from attacks.

Blockchain can give those IoT devices enough “smarts” to make security decisions without relying on a central authority.

Blockchain can give those IoT devices enough “smarts” to make security decisions without relying on a central.

For instance, devices can form a group consensus regarding the normal occurrences within a given network, and to lock down any nodes that behave suspiciously.

It is largely centralized.

Hackers can cash websites, break into the connection between website name and IP address.

They can also make websites unavailable or route people to scam websites.

A blockchain-based system can take security one step further.

Because it’s decentralized, it would be that much more difficult for hackers to find and exploit single points of vulnerability.

Domain information can be stored immutably on a distributed ledger, and the connection can be powered by immutable smart contracts.

Social media systems use end to end encryption while others are starting to use blockchain to keep the information secure.

At the moment, most messaging applications lack a standard of security rules and a unified API framework for enabling “cross-messenger” communications.

The emerging secure blockchain communication ecosystems tackle this issue and work towards creating a new system of unified communication.

Blockchain in Cyber Security is a great solution for that as it secures all data exchanges and enables connectivity between different messaging platforms.

The key factor in using Blockchain in Cyber Security is decentralization.

When access control, network traffic, and even data itself is no longer held in a single location, it becomes much more difficult for cybercriminals to exploit.

This has the potential to mean more security and less vulnerability.

How does Blockchain affect cybersecurity?

Blockchain offers strong authentication and protects our data from increased cyber attacks.
It affects companies like Twitter, Spotify.
It resolves the issues by securing distributed public key ledger and authenticating devices and users.

Blockchains can protect data and help in fighting cyber attacks by cleaning every single node simultaneously.
It can give an idea that it is safe and protected from hackers.
Companies are also implementing this technology in this area to block DDoS attacks.

Blockchain can fix cybersecurity due to its distributed nature that is often associated with bitcoin or cryptocurrencies.
In order to affix, blockchain users have to use their respective keys and powerful computing systems to run algorithms that solve very complex mathematical problems.

How do you secure data with Blockchain?

Blockchain technology has millions of users all over the globe.
It secures the data in a promising way by getting coupled with IoT devices, safer DNS systems as it is highly centralized, providing decentralized storage solutions, and implementing its use in private messaging.

Which industry can use Blockchain in Cyber Security?

Recently, NASA decided to implement blockchain technology in the cyber sector.
Its main aim is to remove and block the attacks on air services.
This can be done through this technology because of its distributed nature which is often associated with Bitcoin or Cryptocurrencies.

Must read our more interesting Articles.

Blockchain in Banking Industry - A Complete Guide for 2020

Blockchain in Entertainment Industry - A Complete Guide for 2020 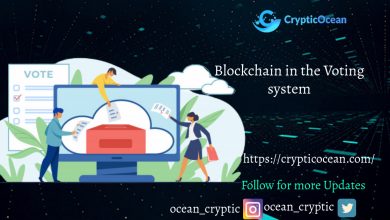 Blockchain in the Voting system – A Complete Guide for 2020 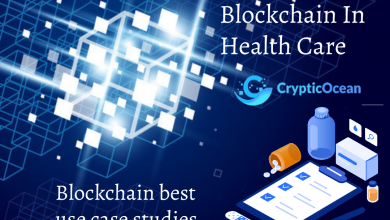 Blockchain in Healthcare – A complete guide for 2020 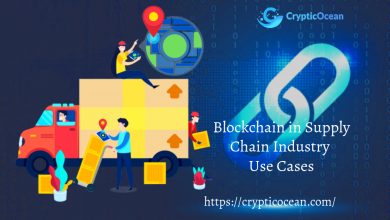 Blockchain in Supply Chain Industry – A Complete Guide for 2020 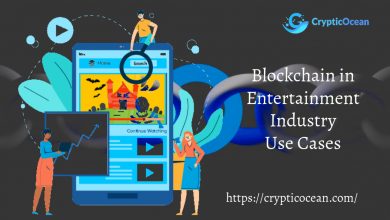 Blockchain in Entertainment Industry – A Complete Guide for 2020