A 5-Minute Complete Guide to ETHEREUM 2.0

Ethereum is a general-purpose blockchain.

Like many other Blockchains, it is open-source, public, and has its own currency Ether.

As a general-purpose blockchain, there is a decentralized platform providing a programming language that developers can use to create Smart Contracts.

Smart Contracts run in each node of the network, making it possible to develop decentralized applications called DApps.

The main problem Ethereum is facing is scalability.

The network which is supposed to connect an enormous number of nodes globally can only handle around 15 transactions per second at the moment, while private companies like Visa can handle up to 45,000 transactions
per second.

This is an issue that needs to be solved for massive adoption.

History Of Development Of Ethereum

Each stage was meant to introduce more features and fix problems.

Each step also includes “sub releases”, known as “hard forks”, that change functionality in a way that is not backward compatible.

Ethereum 2.0 is the last phase of Ethereum’s original development roadmap.

Ethereum 2.0, called “Serenity” is an upgrade to the Ethereum Network which improves the speed, efficiency, and scalability of the network.

With a shift from a Proof of Work to a Proof of stake consensus algorithm, Ethereum 2.0 will result in improved scalability, security, and usability for the network.

Ethereum 2.0 is designed to scale without sacrificing performance, security, or decentralization.

The key features include:

Ethereum 2.0 will involve sharding to increase the network bandwidth and reduce gas costs, making it cheaper to send Ethereum, tokens, and interact with smart contracts.

There will also be financial changes in Ethereum 2.0 that will allow supports to stake nodes and earn Ethereum as passive income.

The primary design goals of Ethereum 2.0 are:

The Ethereum 2.0 upgrade will be done in 3 distinct phases, starting with Phase 0.

Phase 0 is set to launch this year, with the other phases coming in the following years.

Phase 0 sees the implementation of the Beacon Chain.

This stores and manages the registry of validators as well as deploying the proof of stake (PoS) consensus mechanism for Ethereum 2.0.

The original Ethereum PoW chain will run alongside this so there is no break in data continuity.

The Beacon Chain will be a separate blockchain from the main Ethereum blockchain.

This new chain will have a Proof of Stake (PoS) consensus algorithm, and it will run in parallel to the main PoW Ethereum blockchain.

Initially, the blockchain will be created for simplicity and will not support smart contracts or accounts.

Phase 1, due in 2021, will see the integration of proof of stake shard chains.

The network will be split into 64 shards that operate at the same time, meaning they will all be processing transactions and computation.

Phase 1 will also, allow the shards to communicate with each other via crosslinking.

On Ethereum 2.0, sharding will take the form of 64 chains running alongside the beacon chain, increasing overall throughput and scalability.

Another feature of Phase 1 is the introduction of ETH2.

A new asset for validators on the new Beacon chain.

This new ETH2 will be created as a reward for validating transactions on the Beacon Chain, and also can be purchased by any ETH1.

Initially, there won’t be a way to withdraw ETH2 from the beacon chain.

If anyone wants to be a validator for the new chain, they will need at least 32 ETH to stake on the original chain.

Phase 1.5, will see an interim update in 2021, where the Ethereum main net will officially become a shard and make a transition to proof of stake.

The Ethereum 1.0 and Ethereum 2.0 blockchains will be merged.

This will be the moment when the full functionality of the Ethereum 1.0 chain – including the use of ETH – will become functional on Ethereum 2.0 without risking a break in data consistency.

At this stage, all history of the “old” blockchain will be brought to the new PoS chain and if any user had ETH on the old chain, it will be automatically converted to ETH2 with no action needed from users.

Phase 2, slotted to launch in 2021/22, will see shards becoming fully-functional and compatible with smart contracts.

It will build execution environments for scalable apps that are built on top of Ethereum 2.0.

The following features are expected to be implemented in phase 2:

Ethereum 2.0 will migrate to proof of stake consensus mechanism.

Proof of Stake (PoS) is a class of consensus algorithm that selects and rewards validators as a function of a validator’s economic stake in the network.

Unlike  PoW, the probability of creating a block in a PoS network is not a result of hash power from burning energy, but rather the result of economic value-at-loss.

Proof of Stake will be the consensus mechanism that Ethereum 2.0 uses to maintain the network.

Unlike Proof of Work networks, Proof of Stake networks can achieve finality.

A validator is an actor on Ethereum 2.0 who proposes and attests new
blocks on the network.

In Proof of Stake, a validator stakes 32 ETH in order to participate in maintaining the network.

If a validator is chosen to attest to the next block, they are rewarded in ETH as a percentage of their stake.

Staking replaces mining as the consensus mechanism is Proof of
Stake blockchains.

A stake is a fixed amount of funds that are ‘committed’ to a blockchain by a validator in order to participate in block creation and attestation.

On Ethereum 2.0, validators will stake 32 ETH to the network and will be rewarded in ETH for their effort.

Validators that break the rules of the network are subject to the slashing of their stakes.

The users of a PoS blockchain become validators in the network.

In order to become a validator, a user must lock up, by depositing in a designated smart contract, a certain amount of their coins before being permitted to validate transactions and blocks.

The coins that have been locked up are called “stake.”

Validators gradually earn rewards on their stake in the
form of annual percentage return (APR) in the form of network issued coins.

The network is programmed to calculate these rewards and payout to validators.

In principle, anyone can stake tokens; but in reality, a protocol will be used to determine which participants get selected to validate blocks and earn the staking rewards.

The right to validate a block and earn rewards is generally assigned based on the proportionate value of the stake.

Staking on Ethereum 2.0 is quite simple.

The rate of return for staking ETH is expected to be around 4%–10%.

A program called “slashing” will apply to any validator acting maliciously toward the network by taking a portion of the validator’s stake.

The deposit contract is the smart contract that accepts deposits from users intending to run Ethereum 2.0 validators.

Once deployed, users intending to validate transactions on the Beacon Chain will be able to submit their stakes.

The Beacon Chain which will manage the registry of validators is extensively tested.

In addition to the genesis specific tenets, numerous other multi-client test nets are operated to fix bugs that would otherwise emerge on the main net.

Ethereum 2.0 will primarily benefit the scalability, throughput, and security of the Ethereum public mainnet.
It will reduce energy consumptions, allow the network to process more transactions and increase the security.

Yes, Staked ETH will be tokenized and will replace ETH.
Since, Ethereum shifts from a proof-of-work infrastructure to proof-of-stake infrastructure, the end result of this upgrade will effectively take ETH out of circulation and will be replaced by a
tokenized version of itself.

How will Eth 2.0 affect price?

Eth2.0 is likely to increase demand for Ethereum transactions due to increased speeds, decreased costs, and more utility.
ETH is required to send transactions, so the demand for the crypto should rise as transactions increase.
The more demand there is to use the ETH network the more the price can go up because there is a real underlying value
being created for the user.

In the last few months, the prices of bitcoin have been traded in a tight range and the trading volume have also been relatively flat.
Although several tokens in the Ethereum network have been topping the price charts.
Increasing stablecoin usage and the rise of DeFi has made Ethereum the most used blockchain. 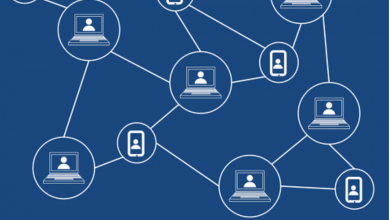