In simple terms, Blockchain Technology is defined as a decentralized and distributed public ledger system.

To understand what it means to be decentralized and distributed let’s start off with the status quo:

Presently,  we are surrounded by the mass centralized system which we use every day.

For eg: People ordering food online like Zomato or you want to book a cab through Uber, you are basically going to a 3rd party.

This 3rd party has complete power over its rule and regulations.

Even though these guys have a majority of the power, they greatly rely on your trust to stay functional.

For eg: You would keep your money in the bank rather than the next-door neighbor because the bank is the safest place.

It is when a service is ruled by no single governing authority.

The Internet is the decentralized system and nobody really owns the internet and nobody is really supervising what websites can or cannot do.

But what does it mean to be distributed?

A distributed ledger could be a consensus of replicated, shared, and synchronized digital data geographically spread across multiple sites, countries, or institutions.

There is no Central Server or System which keeps the info of Blockchain.

The data is distributed over many computers around the world which are connected with the Blockchain.

This system allows the Notarization of Data as it is present on every Node and is publicly verifiable.

How does the blockchain technology work?

Like the name indicates, blockchain technology is a chain of blocks that contains information.

This technique was originally described in 1991 by a group of researchers and originally intended to timestamp digital documents in order that it isn’t possible to backdate them or to tamper with them.

A blockchain is a distributed ledger that’s completely open to anyone.

Blockchain technology has an interesting property: once some data has been recorded inside a blockchain it becomes very difficult to change it.

The data that is stored inside a block depends upon the type of a blockchain.

One of the famous uses of Blockchain is Bitcoin.

The bitcoin blockchain for example stores the details about a transaction here,  such as the sender, receiver, and the number of coins.

A block also has a Hash. You can compare a hash to a fingerprint. It identifies a block and all of its contents and its always unique, just as a fingerprint.

Hashes are very useful when you want to detect changes to the blocks.

The 3rd element inside each block is the hash of the previous block.

This effectively creates a chain and it’s this technique that makes a blockchain so secure.

What is Bitcoin’s meaning?

Bitcoin, invented in 2008 by the name Satoshi Nakamoto and started in 2009.

It is a decentralized digital currency without a financial institution or single administrator which will be sent from user to user on the peer-to-peer bitcoin network without the necessity for intermediaries.

The system claimed to create digital money that solves the double-spend problem without the need for a central authority.

At its core, Bitcoin is a transparent ledger without a central authority.

But what does this confusing statement really means?

Let’s compare bitcoin with the banks.

Since most of the money is already digital today, the bank basically manages its own ledger of balances and transactions.

However, the bank’s ledger is not transparent and it is stored on the bank’s main computer.

We can’t sneak a peek into the bank ledger and only the bank has complete control over it.

Bitcoin on the opposite hand is a transparent ledger.

At any point in time, I can sneak a peek into the ledger and see all the transactions taking place.

But we cannot figure out who owns these balances and who is behind its transactions.

This means bitcoin is pseudo-anonymous;

Everything is open, transparent, and trackable but you still can’t tell who is sending what to whom.

What are Bitcoin Nodes?

Bitcoin nodes are designed as distributed systems – the network of the computer nodes that makes it possible for Bitcoin to be used as a decentralized peer – to – peer digital currency.

As such, it is censorship resistant by design and does not require a middle-man to be transacted from user to user.

Node gets connected with Blockchain technology using the client.

The client helps in validating and propagating transactions on to the Blockchain.

When a computer connects to the Blockchain, a duplicate of the Blockchain data gets downloaded into the system and therefore the node comes in sync with the newest block of information on Blockchain.

The Node connected to the Blockchain which helps within the execution of a Transaction in return for an incentive is called Miners.

Blockchain Technology is our future technology.

Cryptic Ocean provides you the best blockchain solutions for all the industries.

Please fill the form on the website to discuss your next Dapp or blockchain solution.

Can Blockchain be hacked?

Blockchain is intrinsically a very secure technology. It’s decentralized nature and cryptographic algorithm make it immune to attack.
In fact, hacking a Blockchain is close to impossible.
In a world where cybersecurity has become a key issue for personal, corporate, and national security, Blockchain is a potentially revolutionary technology.

How do I withdraw money from Blockchain?

ANS. 1. In order to withdraw cryptocurrencies from your Blockchain Exchange account, please navigate to your Total Account Value window and select Withdraw.
2. Select one of our supported cryptocurrencies from the drop-down menu to bring up your withdrawal window, as an example, we have selected Bitcoin.
If you have a linked Blockchain Exchange and Wallet account and you wish to move your funds to your Blockchain Wallet, you can simply select My Blockchain Wallet as your destination address.
Enter the amount you wish to withdraw along with your Two-Factor Authentication Code to withdraw your funds.

What is the point of Bitcoin?

Bitcoin is a consensus network that enables a new payment system and completely digital money.
It is the first decentralized peer-to-peer payment network that is powered by its users with no central authority or middlemen.
From a user perspective, Bitcoin is pretty much like cash for the Internet.

To the best of our knowledge, Bitcoin has not been made illegal by legislation in most jurisdictions. However, some jurisdictions (such as Argentina and Russia) severely restrict or ban foreign currencies.
Other jurisdictions (such as Thailand) may limit the licensing of certain entities such as Bitcoin exchanges.
Regulators from various jurisdictions are taking steps to provide individuals and businesses with rules on how to integrate this new technology with the formal, regulated financial system.
For example, the Financial Crimes Enforcement Network (FinCEN), a bureau in the United States Treasury Department, issued non-binding guidance on how it characterizes certain activities involving virtual currencies.

Must Read our Other blogs also. 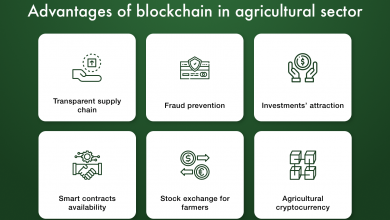